Tierps Ashihara Karate was founded in early 2005 by the late Per Backman. He was not only a skilled fighter and a formidable teacher. He also brought a commitment and spirit to his students that still lives on within the dojo until this day. Since the start students from Tierps Ashihara Karate has been successful in many tournaments and has won several medals including both a silver and a bronze medal at the world championships. READ MORE 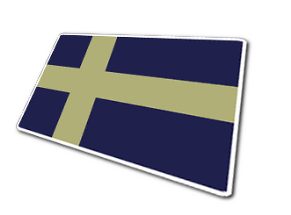 Boden Ashihara Karate was founded in 1988 and is one of the oldest Ashihara schools in sweden. At the beginning only karate was thought at the Boden Bushido center but over time the activitys grew and more styles was added to the activity list. The founder and main instructor Mikael Berg, comes from a background of traditional karate as he started his career with Shorin-ryu karate in 1983. In 1985 he became a karate instruktor, and thereby has long experience in not only teaching karate, but also in competition. With his thirty years of experience and training within not only the traditional but also the modern ways of budo he is a tremedous asset to our swedish martial arts. READ MORE

Founder of Kime Ashihara Karate in Uppsala is sensi Jörgen Alpflod. He is the main instructor and has more than thirty years of martial arts experience. He has studied not onlya karate but also Wushu and Judo. He is also schooled in athletics and healtcare and is a licenced personal trainer. Across the years he have made many journeys to Japan aswall, to study their culture and the ways budo. READ MORE

Information about to be updated READ MORE

Information about to be updated. READ MORE